Asia, largest of the continents, is like a beautiful patchwork quilt, each piece being important to the whole, yet an entity unto itself. A trip to this great continent of extremes is filled with wonderment and miraculous sights, such as the impressive Himalaya Mountains, with the highest peak in the world, Mount Everest, being 29,028 feet high; Tibet, the highest plateau on earth, and the breathtakingly splendid Taj Mahal of India, which, although built in 1630, still symbolizes the exotic aura that surrounds all of Asia.
The mysterious Orient entices the traveler to its fabulous ports of Hong Kong and Singapore, two of the most exciting cities anywhere; to picturesque Japan, which consists of four lovely islands, and is renowned for its unique culture, charming Kabuki theater, quaint architecture and graceful cherry trees; to Burma, called the “Golden,” because of the gold-encrusted pagodas that dot the landscape; and to intriguing Istanbul, formerly Constantinople, with its five hundred mosques and glamorous history of glory and accomplishments.
You are transported to the pages of the “Arabian Nights” when you enter Baghdad, capital of Iraq; in fact your entire vacation in Asia will be memorable for its fairy tale quality and the indescribable magic that envelops this continent.
Often considered the cradle of the human race because the Biblical story of the creation of mankind originated here, Asia was also the birthplace of the great religions, Christianity, Judaism, Mohammedanism and Buddhism, thus making it the site of pilgrimages made by thousands of people every year. The Bible relates the story of the continent from the Garden of Eden to Babylon and Nineveh, and although Asia has changed in this age of modern commercialism, it has never lost its singular appeal.
Link to this post!

You think of California in the summer months, you automatically think of hot summer days. But you will be very surprised to know that in San Francisco, it can be a bit chilly, especially in August. So if you need a break from the heat, head to San Francisco! Its well known for a number unique characteristics like its chilly summer fog, steep rolling hills and eclectic mix of Victorian and modern architecture. And of course the famous Landmark, The Golden Gate Bridge. This article is the place to find out where to go and what to see and do in San Francisco during the “chilly” Summer month of August!

Since summer will be here in just a few days and travel is going to be at its summertime peak before we know it, here’s an very impt article we came across in regards to making sure your Passport is up to date. Your passport might not be valid enough for certain countries. Please read the below Article for some very important information.

In “Moby-Dick,” Herman Melville famously called “lonely” Nantucket an “elbow of sand” that was “all beach, without a background.” The description is more appealing today. The 14-mile-long island, once a refuge for persecuted Quakers, is now a summer refuge for the global elite. But don’t worry, the one-percenters haven’t completely taken over. Thirty miles southeast of Hyannis on Cape Cod, Nantucket is a bastion of conservation, with almost 45 percent of the land in trusts, and over 800 pre-Civil War-era buildings still standing in Nantucket town. There are virtually no fenced-off beaches; most of the 82 miles of glorious coastline are open to the public. Nantucket hasn’t turned into a fossilized monument of its whaling past. Instead, it has evolved into a sophisticated getaway, with dining and shopping options that will impress even the most jaded urbanites. Its serene moors and dunes belie a fatal transience — beaches are quickly eroding, accelerated by climate change, and the island itself is projected to disappear beneath the waves in several hundred years. So enjoy Nantucket’s natural wonders while you still can, striking the right balance of timeless island pleasures and new creature

For more information, please read the article at:

Nebraska is a Midwestern U.S. State encompassing the prairies of the Great Plains, the towering dunes of the Sandhills and the panhandle’s dramatic rock formations. Lincoln, the capital and a vibrant university town, is distinguished by its soaring state capitol. The city of Omaha is home to the Durham Museum, which honors the state’s pioneering past in a converted railroad depot. Its where the Midwest meets the West, literally. Geographers identify the 100th meridian, which nearly halves the state, as the boundary between the two regions. But travelers don’t need a sign to recognize the divide. As in frontier days, the majority of Cornhuskers live in the state’s eastern half, and out west, the sun still sets over vast grasslands and yucca-capped buttes. Nebraska has wonders in every direction: vast prairies in the east, majestic cliffs and peaks in the west and sand dunes in between, making for a trip as scenic as it is fun. The state is also rich in history, with many opportunities to explore its heritage. See one bold sunset set against the backdrop of the Sandhills, (as in our attached photo) and you’ll understand what drove settlers across the grassland plains and over the bracing rivers to stake their claim to history! Tour Ashfall Fossil Beds State Historical Park, or explore a historic military fort. No matter where you go—or where you’re from—you’ll always be welcomed with a warm smile.

Calling all Elvis fans! Of course we’ve ll been to ~ or planning on visiting ~ Memphis, to visit the Kings castle “Graceland”.  What can you say about this wonderful landmark! Its his famed estate featuring mansion tours, exhibits, a car museum & 2 jets. (Not sure if the Jets are still there, I read recently they were up for sale) But along my travels to Memphis, I took an even more interest as to where Elvis was born and his early childhood. So off we went to Tupelo, Mississippi, the birthplace of Elvis Presley. His home is now a historic museum site. His birthplace is more than a two-room shack, its a real Elvis a experience. It really is a fascinating little town, and just a short drive from Memphis (under 2 hours by car)  Plus Tupelo has been named an All-America City by the National Civic League in 1967, 1989, 1999, 2011, and 2015, so there must be something very special about this little town! Besides the obvious, theres also the the 444-mile historic Natchez Trace Parkway, which its is headquarters are there, a local Tupelo man has a collection of automobiles so extensive and expensive that it became the official automobile museum of Mississippi! Also theres an abundance of dining opportunities, quality Hotel Rooms, many specialty shops downtown, Antique shopes, ect. If you’re an “Elvis Fan Forever” ;  ) I would definitely recommend heading to Tupelo. 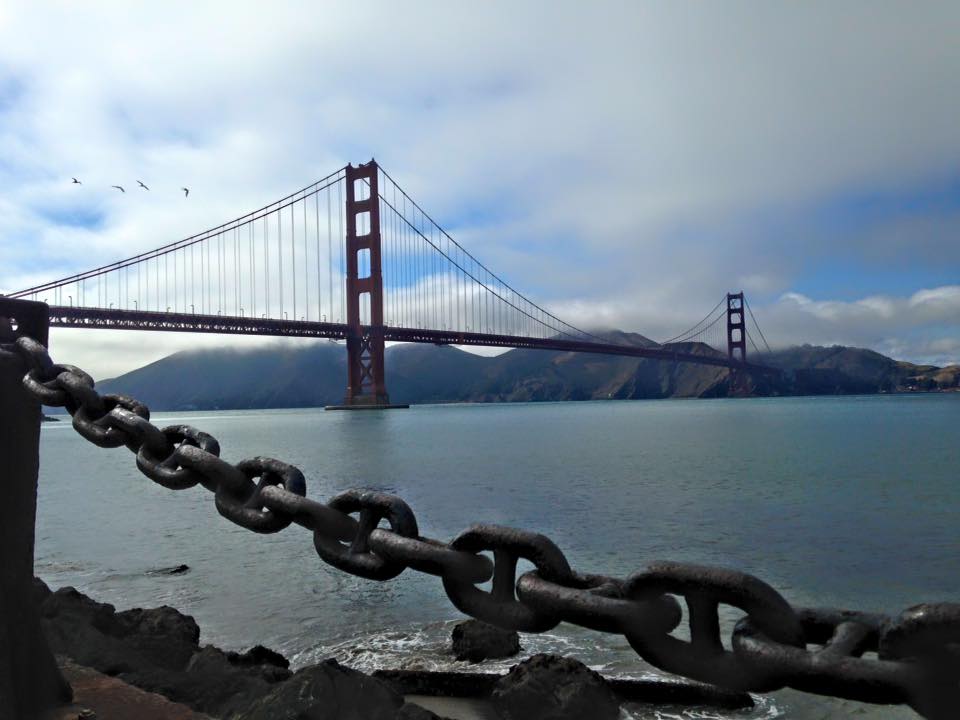 Marin County is a county located in the San Francisco Bay Area of the U.S. state of #California. Its just one famous bridge away from San Francisco. And right next door to the vineyards of #Napa and #Sonoma. Closer than you could ever imagine to everything that’s unique in this amazing corner of California. Marin County is nestled between #SanFrancisco and the Napa Valley, Marin County includes the cities of #Tiburon, San Anselmo, San Rafael and Corte Madera. At the Marin County Fairgrounds in May, events include a wine-tasting, fine food and “The Drive,” a parade of classic cars winding their way through the scenic back roads of Marin and neighboring #Sonoma Counties ending with a delicious lunch in San Rafael. In July, be sure to head to the Marin County Fair and in August hit the San Rafael Food and Wine Festival. Treat yourself to some of the world-renowned local wine and watch the sun go down over the hills. Of course, there’s no shortage of natural beauty in Marin County. Beach lovers will enjoy Stinson Beach, one of my personal places, or Point Reyes National Seashore where you will experience wildlife at every step. Also, if youre lucky enough that is, you just might spot some Elephant Seals or Tule Elk along the rugged terrain or, from Point Reyes #Lighthouse, catch a glimpse of a pod of whales. Go butterfly or bird watching and enjoy the many natural wonders of California’s Northern Coast.

Did we catch your attention yet? To continue on exploring this beautiful part of the world, just read the full article by opening the link below & start planning your next vacation! Summer is right around the corner! And I guarantee that Marin County will not disappoint you!

NYC was made for walking and has plenty of options for any visitor to take in. For instance Central Park is the city’s “Nature Playground” and during the spring and summer months, street fairs pop up all around New York’s neighborhoods though they’re hard-pressed to match the pop-up holiday markets that spread good cheer in Columbus Circle, Bryant Park, and Union Square. But since we’re focusing on the Month of March, I dont want to get too carried away, which is easily done when I think of this beautiful city. Between late night comedy shows, the world famous St. Patricks Day Parade, major movie premiers and food and wine events which are just a few that come to mind, you certainly can have a multitude of exciting and adventurous areas to explore. The below article specifically brings to your attention actually “48 marvelous things to do in March in NYC!”  Also, log onto our website below to find your perfect Hotel in New York! Enjoy the read.

That’s right, DEADLIEST Beaches. I know that writing posts about “the most beautiful beaches to visit” is probably more of what is expected, but read along, even the deadliest beaches can be a thing of beauty. All depends on how its perceived. When you hear the word beach, you automatically see images of fine white sand, crystal clear blue waters, and the sun shining on a cloudless day. After all, a trip to the beach is meant for relaxing, rejuvenating, and chasing your cares away, right? For instance, there’s a sign at Wright’s Beach, at the southern terminus of the Kortum Trail, warning that this is one of California’s deadliest beaches. All of Sonoma County’s beaches are dangerous, but to first set eyes on, they can be very deceiving. Since the 1930s, 126 drownings have occurred at Wright’s Beach alone. On the upside, beaches can and are meant to be beautiful. But for some, just don’t go into the water.

Here are a few of the most dangerous beaches that could lead you into a false sense of security.

But let this article shed a bit of light upon Beaches and the fear that everyone who seeks out the Ocean for fun should have a bit of. These are the beaches you shouldn’t go to if the water is what you seek on your vacations. Take heed! 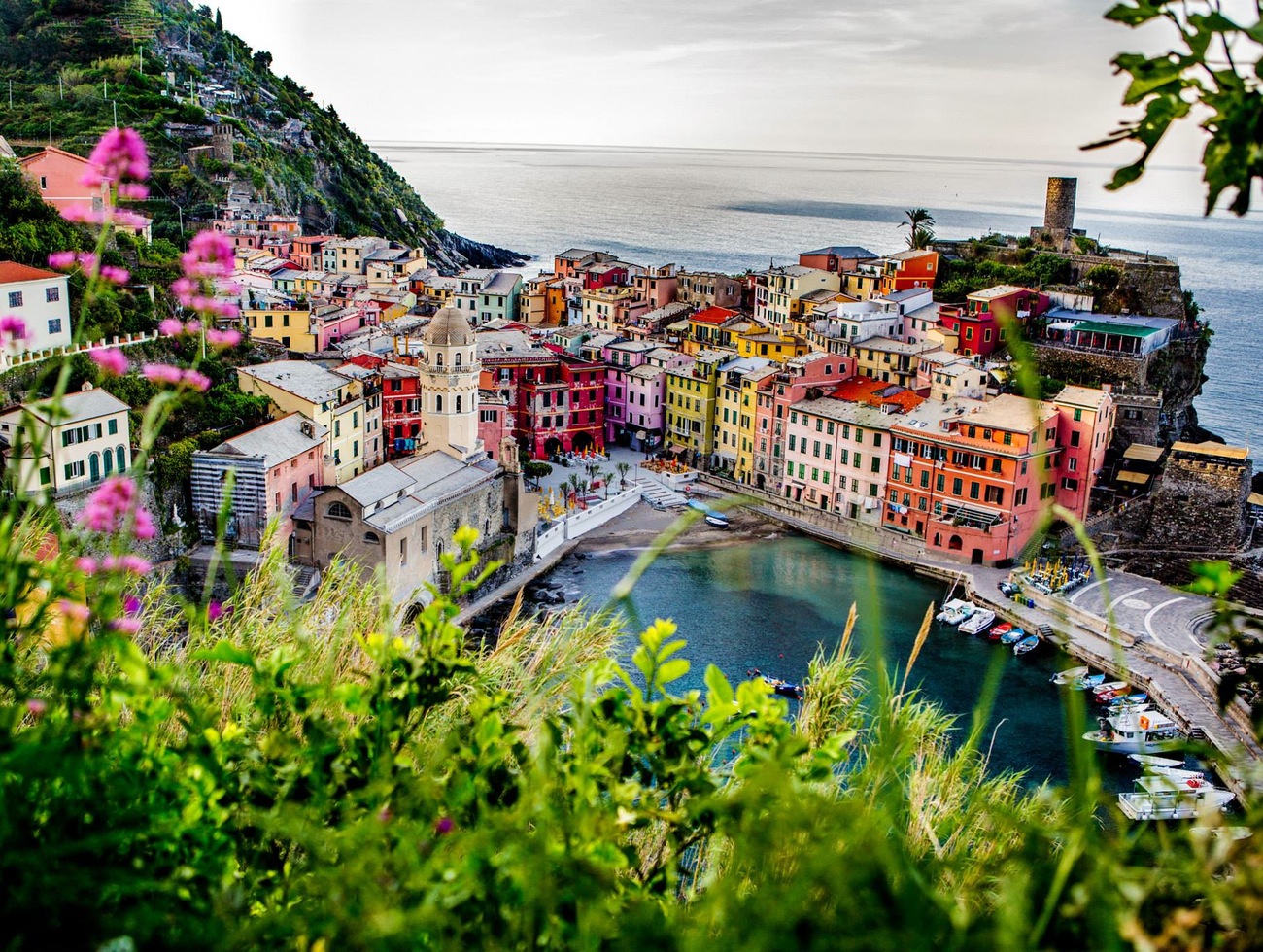 When traveling the world, I usually find Travel Books to read up on, search online for places to visit, even find episodes of Rick Steves in order to find places that are not typical to travelers. The “Hot Spots” / “Landmarks” are something to visit for sure, like The Colosseum in #Rome, Buckingham Palace in #London, Central Park in #NYC, ect but I’m also a fan of small hidden Villages. One amazing city that I traveled to in 2015 was Dublin, #Ireland and while there I found a few hidden jems as well. Westport, Strandhill, (Which is known for surfing) and Enniskerry, which has the beautiful Powerscourt Waterfall, which is said to be the highest waterfall in Ireland, just to point out a few. In my search, I recently came alone this article pointing out a handful of beautiful, charming European Villages that I’m putting on my list for 2017. Take a look, you’ll probably be drawn in as well!